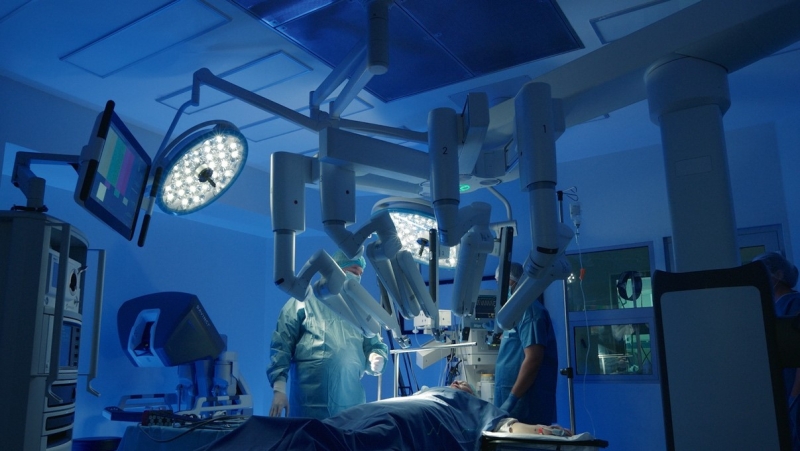 Director of the Romanian Academy’s Political Science and International Relations Institute (ISPRI), Dan Dungaciu, said today that the freshly unveiled Public Health Barometer highlights the fact that health is the main concern of Romanians, who want a high-performing medical system in line with European standards.

„Health is by far the most important in the perception of Romanians today, and this for obvious reasons. Had there been, God forbid, a war at the Romanian border, security would probably have been top important, but given the current conditions, health is what counts the most,” Dungaciu told AGERPRES.

The ISPRI director participated on Monday in the launch event of the December Public Health Barometer, an event organized by ISPRI and the LARICS Sociological Research Center under the auspices of the Medical Sciences Section of the Romanian Academy.

According to Dan Dungaciu, the second major finding of the barometer is that „Romania’s population has changed, including in terms of public demands”.

„If we look at the Barometer, the population’s most important requirements of the medical system are not the same as in the ’90s, when everything that was cheap was considered good. The most important requirement now is for high-performing medical systems. In other words, the idea that we want a country like abroad is very present in Romanian society. A middle class has emerged in Romania that is no longer concerned with the fact that the doctors require payolas, that the space is not adequate or that there are queues and overcrowding. No. They want a high-performing health system like outside. So, the second major finding bedside health being the top concern is that the Romanians want a medical system that performs as per European standards and that a category of population was born that is putting pressure on the medical system as well,” Dungaciu explained.

According to the Barometer presented by Executive Director of the LARICS Sociological Research Center (CCSLARICS) Darie Cristea, 64.3 percent of the Romanians view health as their top priority.

Asked if they usually respect hygiene and social distancing requirements imposed because of the pandemic, most Romanians answered ‘Yes’ (64.7 pct ‘Yes’; 11.5 pct ‘Rather yes’). 19.6 percent of respondents chose the option ‘I respect only those I don’t find absurd’, and 4.2 percent checked the ‘No or Rather no’ answer.

Hand sanitization, physical distancing, isolation at home at the first symptoms of disease are measures considered useful by over 90 percent of the respondents.

Mask wearing is no longer blasted as at the beginning of the pandemic, as 83.3 percent of the participants in the survey consider it useful also indoors and only 34.5 percent state that the mask is useful outdoors as well.

As regards the COVID-19 vaccination, 67 percent of the Romanians aged 18 and over had a positive perception of vaccination at the time the data was collected (November 1 – 19) and said that they would either get the jab in the next period, that they had started vaccination, or that they were already fully vaccinated. According to CCSLARICS, 18 percent of Romania’s adults still fully oppose vaccination.

Over 60 percent of the respondents report seeking information from the doctor, and 39.5 percent say that they or their family have benefited from online or phone consultations since the beginning of the pandemic, which also include interactions with the family doctor.

Compared to last year’s survey, the answers reveal that tobacco and alcohol consumption has increased significantly in the past year.

55 percent of Romanians believe that the authorities/doctors/pharmaceutical industry deliberately keep important information about medicines, diseases, vaccines under wraps, while 41.8 percent do not believe in such a conspiracy.

In addition to treatment, access to modern equipment and medicines is considered the most important ingredient of the medical service, the paradigm „cheap is good” is beginning to change and the public understands the role of technology in the medical outcome.

According to the Barometer, the biggest issue of the Romanian medical system is the interaction with the hospital (red tape, doctors’ behavior); traditional sources of public discontent are placed below concerns generated by objective elements: the lack of equipment, the system’s financing, the cost of good treatments.

More than two-thirds of the respondents (68.4 pct) chose the variants that involve innovative drugs (the belief that innovative drugs are effective earned top preference; the second was the idea that Romanians should have access to the latest findings as regards treatment). The conservative view (old medicines can do), the cost-centric one (what matters is to have cheap medicines) and the skeptical attitude (distrust of new medicines) only garnered less than one third of the public’s options (30.3 pct).

Just like last year, 80 percent of the respondents consider that Romanians do not benefit from innovative medicines to the same extent as other Europeans.

Regarding cell and gene therapies, only 26.8 percent of the respondents categorically reject the idea, and as far as clinical trials are concerned, only 28.7 percent clearly state that they would participate in such a study.

24.2 percent of the respondents are not interested in the idea of screening, arguing that there is no point in going to the doctor if nothing hurts, 18.8 percent do not accept the idea of screening because they associate it with an unclear procedure which can change their status from healthy to sick, or which can put them in the position of getting treatment for problems they don’t think they really have.

According to the Barometer, although private clinics are in higher regard than public hospitals, the fees charged in these facilities are a reason of major dissatisfaction of the population. Moreover, the Romanians who report not having a health plan subscription/private health insurance say that: the public medical insurance is sufficient (47 pct); they would pay private insurance but cannot afford it (29 pct); they do not trust private insurance (15.1 pct).