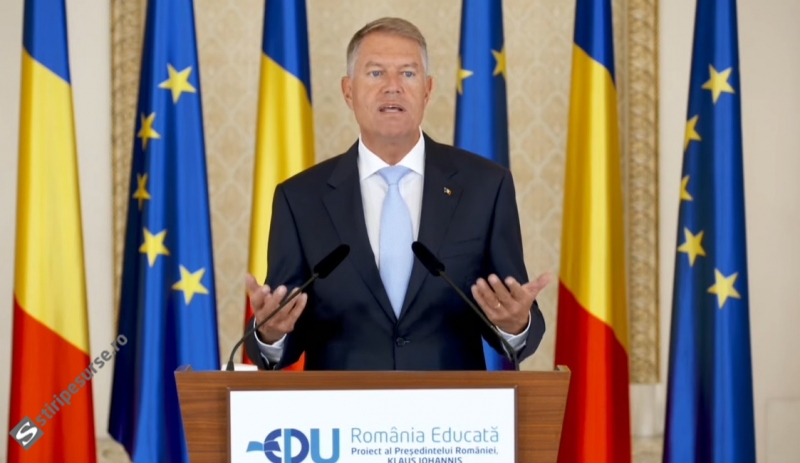 President Klaus Iohannis sent a message on the occasion of the first General Assembly of the Agence Universitaire de la Francophonie (AUF) organized in Romania, showing that, currently, over one million Romanian students are studying French, while the Romanian universities offer more than 100 Francophone courses, in Romania, agerpres reports.

„The French language has represented, for about two centuries, and in a very particular way for Romanians, a valuable vehicle of humanism, democracy, freedom, diplomacy and culture. The French language has contributed to a significant extent to the development of the Romanian language, but especially it facilitated in a decisive way the penetration in the Romanian society of the ideas, concepts, notions and scientific theories that led to the modernization of our society. More than a million pupils study French language in Romania today, while the Romanian universities offers more than 100 Francophone courses, in very diverse fields of study, which annually attract young people from the entire Francophone community,” Iohannis showed in his message presented by presidential adviser Sergiu Nistor at the 18th meeting of the General Assembly of AUF, the first organized in Romania.
The head of state considers that the Agence Universitaire de la Francophonie (AUF) represents „a point of reference” when it comes to the cooperation of the Romanian universities with those from the Francophone space, including regarding the mobility of the members of the academic communities.

„Romania sets a remarkable example in this field through the „Eugen Ionescu” scholarship programme – a tool for the development of excellent scientific research and an investment in the knowledge of French-speaking young people as an expression of the dialogue between cultures. I also note with satisfaction the activity of the Regional Centre for Advanced Research in Social Sciences established in Bucharest, which increases the visibility of the community of high level of expertise in social and human sciences in the Francophone space,” Iohannis added.

He also showed in his message that Romania represents „a real beacon” of the university Francophonie.

„I will continue to support the involvement of our country in the development of scientific Francophonie and I will also encourage the organization in Romania of new events of great scope and importance for the future of the largest university network in the world. Let it be that here, in Bucharest, the launch of the White Paper on Scientific Francophonie, as well as the works of the General Assembly, crown your outstanding results and create the framework for the successful implementation of the new 2021-2025 AUF strategy,” the President mentioned.