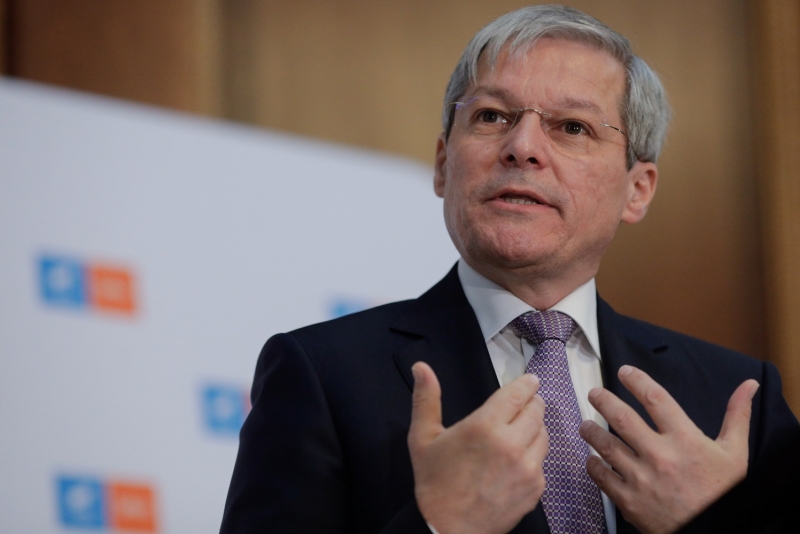 Prime Minister-designate Dacian Ciolos stated, on Tuesday, in a press conference at the Parliament, that the last data referring to the pandemic shows „a massive failure of the Romanian state”, agerpres reports.

„I would like to send condolences to all families that lost someone dear today. It’s a massive failure of the state that it did not manage to foresee what is happening these days. We are living, unfortunately, terrible moments and there’s need for all of us who are today in public positions to draw the necessary lessons and be responsible for our actions, because this is how administrative decisions can lead to national dramas. As I said in the days prior, I believe the era of political discourse is over, the deeds and decisions are catching up to us and as President Iohannis said, we are in the 11th hour, when we must make decisions and assume decisions, and the fact that we are here in Parliament today and the ministers’ hearing are already over shows, I hope, our determination to solve the political crisis immediately and start working, namely, to make decisions immediately to resolve both the political crisis, as well as the health, pandemic and energy crises. We must discuss solutions and the ways to transpose them to practice, instead of lamenting,” said Ciolos.
In his opinion, the state has failed the health crisis.

Asked if the Save Romania Union (USR), which he chairs, assumes any fault in managing the pandemic, Ciolos answered: „A few minutes ago, Minister Ioana Mihaila presented with data, with arguments all the things she assumed in the Health Ministry, while she was there, the measures she took and, obviously, she had the responsibility of minister that she assumed and explained very precisely how they assumed it, but it’s not sufficient for a person to take up the responsibility of a minister, a team should’ve taken responsibility, as the Finance Minister and the Premier should have taken responsibility to have the financial resources to do certain things faster than they were done.”