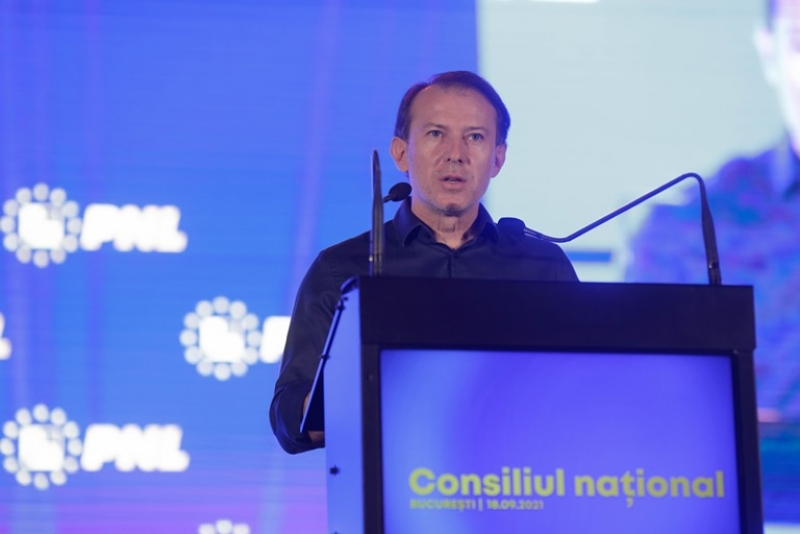 Prime Minister Florin Citu said on Tuesday that he wants the capital market to play an important role in financing Romanian state-owned companies, underscoring that he will do everything in his power to get the Parliament approve the normative act repealing Law No. 173/2020, which prohibits the alienation of state participations for two years, agerpres reports.

Citu participate in the online event „Capital Market Forum,” organized by Financial Intelligence, on which occasion he was asked how he saw the development of the capital market and its role in the economy.
„I am a big fan of financing through the capital market and I would like it to have a more important role in financing Romanian companies. I see an important role here also for financing … or to find investors for state companies on the capital market. It is, unfortunately, a law that, last year, was passed by PSD (Social Democratic Party), which bans the alienation of state participations for two years, and the current coalition in Parliament has not yet managed to repeal it, although I and the Government repealed this law by a draft law. (…) I hope, as soon as possible, that law will be promulgated, because there are many Romanian companies that need capital infusion, in several sectors. The capital comes with several things: with better monitoring, often with a reform and so on,” the PM said.

Regarding the listing of Hidroelectrica, in view of the repeal of the law prohibiting this, he said: „It should be very fast, because you know very well, Hidroelectrica was already facing an advanced procedure, last year, to be listed.”

„So, it shouldn’t be very long after we approve this law, that’s why I didn’t understand why there was no interest in such a thing in the Romanian Parliament. I saw interest in other things, but there was no interest in that. But I guarantee you that we will pass this law very soon, in this session … and not only Hidroelectrica, there are many companies and I have talked about them. There are also those in the financial-banking system and so on,” said Citu.

Regarding the listing of CEC Bank, the Prime Minister explained: „Here we have formed a working group at the Ministry of Finance – and I will ask the Minister to come up with options as soon as possible – because the strategy must be seen in the context in which we will have a National Development Bank and in the context in which we have several financial-banking institutions, some of them will be absorbed in the National Development Bank, others will have another destination or another future, but all three were in this context.”