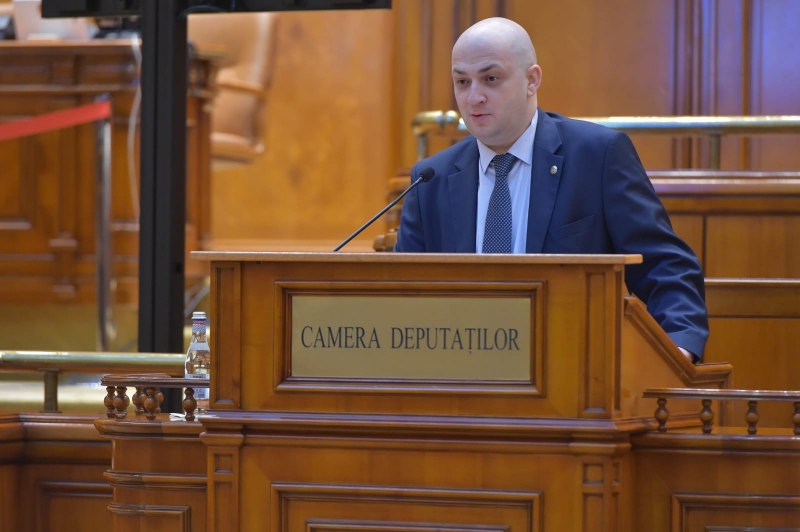 The President of the Federation of Jewish Communities in Romania, Member of Parliament Silviu Vexler, welcomes the promulgation by the Romanian President of the law on teaching the „Holocaust and Jewish History” in the high schools across our country.

„It is a historic moment both for Romania and for the memory of all the victims of the Holocaust. We have established a foundation for our common future, a modern framework through which young people can learn and understand what has happened in the past, a core part in their training as citizens. Education and understanding are the best tools for cultivating democracy and freedom, to fight anti-Semitism, intolerance and extremism,” the MP wrote on his Facebook page on Thursday evening.

He states that „this law also has a symbolic importance by providing the necessary means to recover the history and identity of the Romanian Jews”.

„A moral imperative for repairing the injustices of the dictatorial regimes that ruled Romania during the Holocaust and a public gesture to further recognize the terrifying suffering of the people who have gone through the darkest moments,” he points out.

The deputy mentions that the school curriculum, textbooks, teaching materials and specific methodologies for the „Holocaust and Jewish History” subject will be developed by the Ministry of Education, in collaboration with the Elie Wiesel National Institute for the Study of the Holocaust in Romania and representatives appointed by the Presidential Administration, the Ministry of Foreign Affairs, the Ministry of Culture, the Department for Interethnic Relations, the State Secretariat for Religious Denominations, the Federation of Jewish Communities in Romania – the Mosaic Cult, the Association of Jews in Romania Victims of the Holocaust, Holocaust Memorial Museum (USA), Shoah Memorial (French Republic), Memorial martyrs and holocaust heroes „Yad Vashem” (State of Israel), American Jewish Committee „AJC” (USA), B’nai B’rith International (USA).

Teachers who will teach this discipline can benefit from professional training and specialized improvement courses, in the country or abroad.

Also, according to Vexler, the law establishes the Constantin Karadja Prize, a symbolic gesture with a strong moral charge.

„Bearing the name of the Romanian diplomat of Swedish origin, who was recognized as a Righteous Among the Nations, the Constantin Karadja Prize will be awarded to Romanian and foreign citizens, institutions, associations, foundations and other non-governmental organizations in the country and abroad, for special merits in presenting and promoting the history, culture and traditions of the Jewish communities in Romania, the internal and international knowledge of the contribution of this national minority to the evolution and modernization of the Romanian society and over time, the protection of the memory of the victims of the Holocaust, the development of educational and research programmes regarding the Holocaust in Romania, as well as the promotion of the fight against anti-Semitism,” said the president of the Federation of Jewish Communities in Romania.