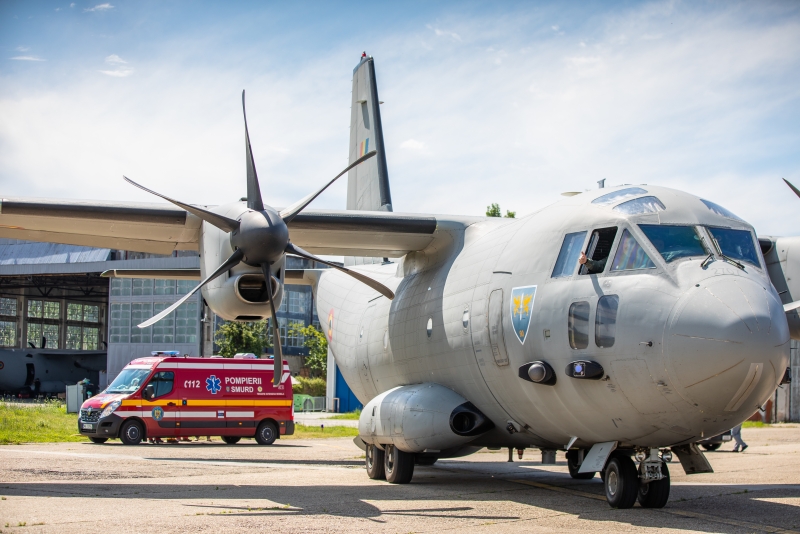 Israel Aerospace Industries (IAI) has signed a cooperation agreement with the IAR-Brasov company for the production of unmanned aircraft (UAV), according to a press release sent by the Israeli company  on Thursday.

According to the quoted source, the cooperation agreement will allow the two companies to offer advanced UAV solutions in Romania, based on the Tactical Heron platform from IAI. Based on the agreement, the UAV systems will be manufactured in central Brasov, Romania. Furthermore, IAI will establish an academy in Romania for training operators and technicians for the UAV systems.

„The cooperation agreement is based on the IAI’s vast experience, as well as IAR-Brasov in design, manufacturing, assembly and testing activities, in order to develop the most advanced model of UAV Tactical Heron. Following an exchange of knowledge, the designing, the component manufacturing and integration, their assembly and maintenance, will be all made in Romania,” the press release reads.

Furthermore, since the construction and component assembly, up to the personnel training, retro-fitting and aircraft maintenance, Romanian experts and engineers will lead the development process of UAVs.

I am delighted to assist to signing the agreement with IAR-Brasov, one of the leader companies in Romania. We are witnessing a growing global tendency of „Make In”, where countries prefer to manufacture themselves instead of importing. IAI is aligning to this policy and collaborates with local companies from all over the world, in this case Romania, an important country towards which IAI will keep supplying the best UAV systems in the world, said Moshe Levy, the executive deputy chairman and CEO of the IAI military aircraft division.

The CEO of IAR-Brasov, Laurian Anastasof, highlighted that signing this cooperation agreement between IAR-Brasov and IAI represents an important recognition of the company’s value and expertise.

„Our specialists have recently visited the IAI factory in Malat and we are confident that the agreement between IAR and IAI will generate value for both parties. Producing UAVs at IAR Brasov, such as the Tactical Heron, which incorporates the newest global technologies, will be a major plus to our company’s business and to the image and reputation of the Romanian defence industry in general,” he pointed out, Agerpres informs.