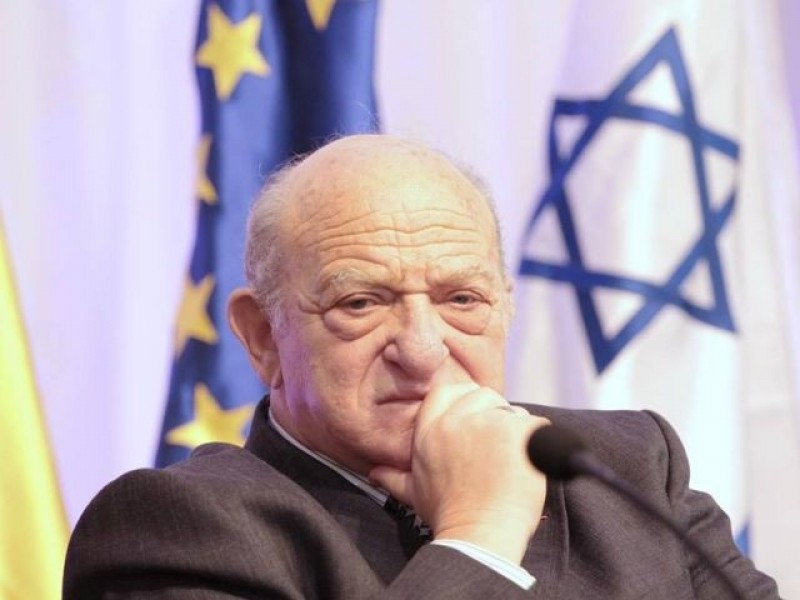 Former Chairman of the Federation of Jewish Communities in Romania Aurel Vainer has died at the age of 89.

„I have learned with great sadness the news of the death of Ph.D Aurel Vainer, former chairman of the Federation of Jewish Communities in Romania (FCER) and member of the Romanian Parliament. Dr Vainer was an extraordinary leader who made unremitting efforts to protect the Romanian Jewish community and to bring to the light its history and its contribution to the development of the country. He was also a true friend of Israel, a man in whom I would always find an exceptional partner. We will always appreciate his tireless work in the service of the Jewish community, his close relationship with Israel and his contributions to the continued deepening of this friendship. Blessed be his memory!” Israeli ambassador to Romania David Saranga wrote on Facebook on Sunday.
Vainer was born on January 10, 1932, in Stefanesti, Botosani County.

He graduated from the Bucharest School of Economics (ASE) in 1953 and became a Ph.D in economics in 1966. He took several advanced classes in Marketing, Market Research, in Paris (1968), in Commercial Mediation in Paris (2003), according to his CV posted on the website of the Chamber of Deputies.

Before 1989, he worked in commerce, statistics and construction: state commerce (1949-1950), Central Directorate of Statistics (1950-1959), construction (1959-1962). Also for a long time before 1989, Vainer carried out scientific research as the main scientific researcher at the Institute of Commercial Research and at the Institute for Research of Internal Trade and Commerce.

He was also an associate professor at the Spiru Haret University, Faculty of Finance and Accounting at Campulung Muscel (2000-2008).

During the post-communist period, he was a lawmaker in the national minorities group representing the Federation of Jewish Communities in Romania in the 2004-2008, 2008-2012,and the 2012-2016 legislatures. In all three legislatures he was deputy chair of the Committee on Economic Policy, Reform and Privatisation in the Chamber of Deputies.

He is a 2013 recipient of the Star of Romania in the rank of officer national medal and a 2009 recipient of France’s Legion of Honour in the rank of Knight national medal (2009). On December 30, 2016, President Klaus Iohannis awarded Vainer a Star of Romania in the rank of Commander national medal, as a token of „appreciation for the high moral and professional attitude displayed throughout his career, for his decisive contribution to the preservation of the Jewish heritage and improving interfaith dialogue, for its special involvement in combating anti-Semitism, xenophobia, racism and Holocaust denial, as well as for strengthening Romanian-Israeli ties and promoting Romania’s image in the world.’

He was also a prolific writer of research papers (trade economics, marketing), publishing studies and articles on business, as well as internal trade and marketing books.

On May 7, 2015, he received an honorary doctorate from the Titu Maiorescu University.