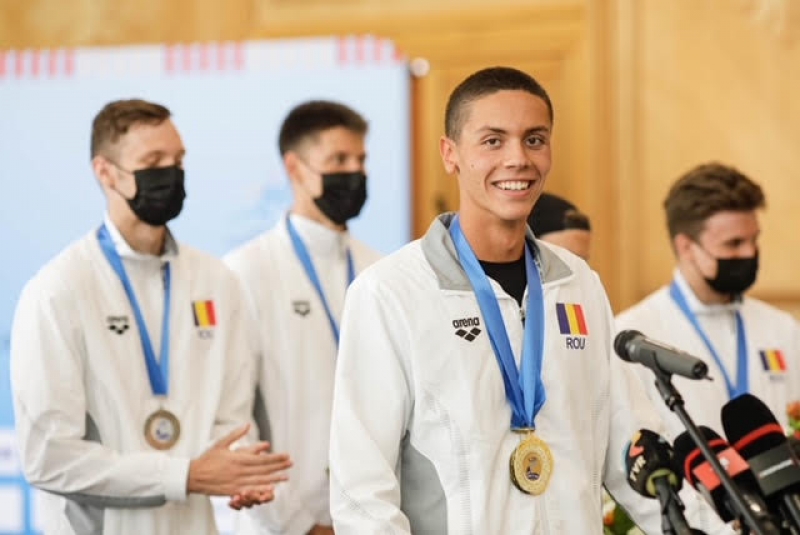 Romanian swimmer David Popovici won the Piotr Nurowski Prize for 2021, after being voted on Thursday evening as the best young athlete on the continent in Olympic sports, at the General Assembly of the European Olympic Committees in Samorin, Slovakia, the Romanian Olympic and Sports Committee (COSR) announces on its Facebook page.

Popovici (17 years old) was voted by the 50 national Olympic committees on the continent, being supported by the president of COSR, Mihai Covaliu.

The award was created in memory of former Polish Olympic Committee President Piotr Nurowski, who tragically died in 2010 in a plane crash. This prize is awarded annually for sports of summer and, separately, for winter sports. This was the 10th edition of the Piotr Nurowski Trophy for the summer disciplines. In 2012, gymnast Larisa Iordache ranked second in the preferences of those who voted.