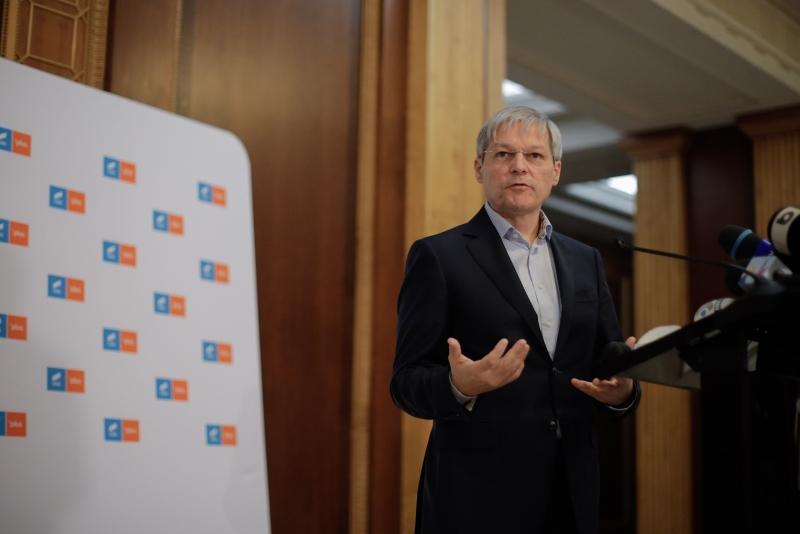 Prime Minister-designate Dacian Ciolos said he will present to the USR Political Committee, which will convene on Sunday evening, the list of the cabinet and the governing program with which he will go to Parliament, stressing that he has decided to go „all the way”, because” the Romanian politician must restore to the Romanian citizen the confidence in the state and in its capacity to defend their interests as best as possible”.

„Today I will present to the USR Political Committee convened in urgent procedure list of the cabinet and the governing program with which we will go to the Parliament. My duty, as a politician, is to answer all the questions, and those who want to know why I did not submit the mandate received from Romania’s President have the right to ask questioned and receive answers. We are going all the way for the simple fact that the Romanian politician must restore to the Romanian citizen the trust in the state and in its capacity to defend their interests as best as possible. The politician can make good or bad decisions, but at least as important as the decision itself (and its outcome) is the good faith on which the decision is based. Being wrong is human but lacking honesty and good faith is a lack of character in times of calm and mischief in times of crisis,” Ciolos wrote on Facebook.
He stressed that Romania is „in a systemic crisis”, because no one believes „a word that comes out of the mouth of a politician”.

Ciolos added that he is aware that in the PNL there is „an aversion and nervousness” towards USR since the 2019 and 2020 election campaigns.

„I fully understand why this emotion exists towards us and I know that it is largely caused by fear of the new. Therefore, the idea that you cannot get along with us always arises. Maybe, if this fear did not exist, the coalition would have worked. History is history, so let’s look at what follows. I am sincerely convinced that we can learn to work together if we have the opportunity to cultivate trust in our relations. Now, this one-party Government of the USR may be a solution to overcome the crisis. Let us face this winter and think pragmatically about the best political solution to save what can be saved from the political project started last year. We can be a solution to the next few months, maybe we’ll break our necks and you’ll get rid of us, or maybe we’ll be able to keep things under control and allow you to calmly count your percentages, anyway. I’m convinced that you don’t want to wake up on the tray with a demolished country,” the USR president said.

He added that he did not know the „real” reasons behind President Klaus Iohannis’ decision to nominate him as prime minister, but stressed that a functional relationship between state institutions needed to be re-established.

„I am aware of the theories that have circulated in the public space regarding this designation. But I think that there is a great need to build an institutional relationship that is free of nervousness and harsh words. What I can do is have an institutional fair and honest dialogue with every member of the democratic system and to offer the same honesty that we put on the table to the citizens. It is no gain for anyone to destroy institutions and symbols, because we ourselves will have to rebuild them. The idea that w will heal by burning is wrong and harmful. We will heal by hard work, honesty and acknowledging mistakes,” said Dacian Ciolos.