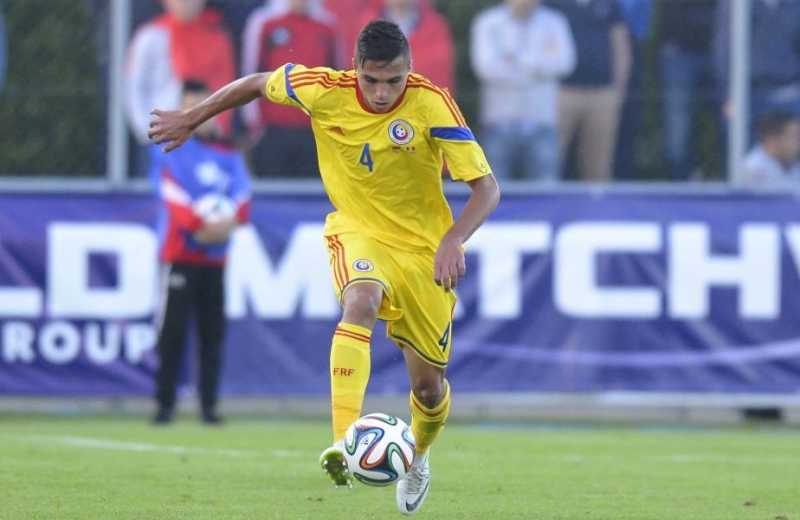 Footballer Cristian Manea, who is currently training with the Under-23 national youth team in Spain, on Tuesday told the FRF (Romanian Football Federation) Website that Romania will produce a very big surprise at the Tokyo Olympics, agerpres reports.

„It’s hard to wait until the Olympics, given that they were supposed to take place last year. We are looking forward to going to Tokyo and come back with a result at least as beautiful as we had at EURO 2019. I think that we are going to make a very big surprise at the Olympics. I don’t want to say this in advance, but I do think that we have a great chance to do very good. If we are at least as excited as we were at the EURO, then we have a chance to come back with a medal,” said the defender.
Manea believes that the fact that the players have known each other for a long time will be an advantage for Romania in Tokyo.

„The U21 family is here, every time I see my colleagues we all feel that enthusiasm. I’m glad we’ve known each other for a long time. This has helped us achieve what we’ve accomplished so far. The fact that we know each other so well will be a great advantage for us at the Olympics.” the player of the CFR Cluj team specified.

Romania’s Under-23 national team, qualified for the Tokyo Olympic Games, is carrying out a training session in Spain between May 31 and June 9. During this interval, Romania will play two friendly matches with Mexico (June 5) and Australia (June 8) in Marbella.

Romania’s national team qualified for the Tokyo 2020 Olympic Games after reaching the semifinals of the 2019 European Under-21 Championship. Last time when Romania participated in the Olympic football tournament was in 1964, when it came out 5th, also in Tokyo. This will be our national team’s 4th participation, after the one in 1924 (Paris), 1952 (Helsinki) and 1964 (Tokyo).

Romania was assigned to Group B at the Olympic Games in Tokyo, along with New Zealand, South Korea and Honduras.

The football tournament at the Olympics will start on July 21 and end on August 7.

Players born on or after January 1, 1997 (Under-24) are eligible for this year’s Olympic Games. Usually the participating teams are made up of Under-23 players, but as the Tokyo Games were postponed for a year, a derogation was made so that the players who obtained the qualification on the field could participate in the competition.