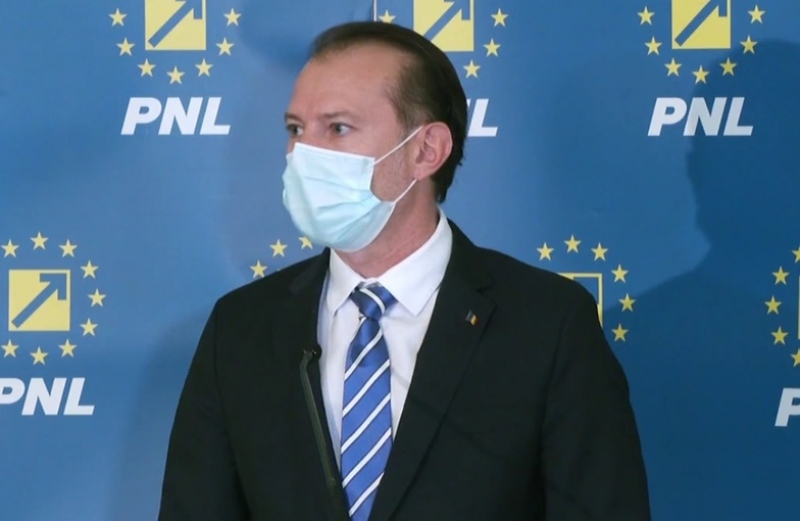 National chairman of the National Liberal Party (PNL) Florin Citu said on Tuesday that there is no flexibility in the mandate of Prime Minister-designate Nicolae Ciuca for the formation of a government, adding that they will continue talks with both Save Romania Union (USR) and other lawmakers for a minority government that also includes the Hungarian Democratic Union of Romania (UDMR), with support in Parliament.

„There is no flexibility in the mandate; I don’t know what meeting you are talking about. If there had been flexibility, it could only be done by BPN [National Standing Bureau]. There has been no BPN meeting so far, so it stays as agreed,” Citu said at PNL headquarters responding to whether the mandate of the prime minister-designate got more flexible after a meeting with President Klaus Iohannis.

He also said that no meeting of the PNL leadership is scheduled, and that he will continue talks for the formation of a government.

„We are not calling any BPN today. As such, we are looking at options. We are considering and we will continue talks with both USR and the other lawmakers in the Romanian Parliament to see their terms on which they could support a minority government,” he said.

Regarding the possibility of the Liberals trading ministries with PSD for their backing of the government, Citu said: „From the talks that Prime Minister-designate Nicolae Ciuca has had with the PSD national leader, Marcel Ciolacu, such a conclusion did not emerge.”

„Officially, this position has not been with us, so I cannot comment. I cannot comment on anything that has not been presented, but at this moment we have a mandate only for a minority PNL – UDMR government backed by the Romanian Parliament. I am calling for responsibility once again,” Citu added.

According to political sources, President Iohannis met on Monday evening with Ciuca and Citu.

On Monday, Ciuca met USR national chairman Dacian Ciolos to discuss a governing agenda. Ciuca said after the meeting that USR gave an „emphatic” answer that it does not support a minority government, but the rebuilding of the ruling coalition, mentioning that it will discuss the situation inside PNL and a decision will be then made.

After the meeting, Citu reiterated that he expects the opposition Social Democratic Party (PSD) and USR to show responsibility and vote for a minority government, pointing out that if the two parties do not support this Executive, the only option is early elections. He also showed that PNL made a concession and changed the candidate for prime minister, recommending Ciuca.

„USR has the chance to show Romanians that it is making the mandate more flexible, that it is voting for a minority government today, then we are quickly resolving this crisis and then we will see what happens, how to rebuild the coalition. We have a few months to discuss. There are many things to discuss. Rebuilding the coalition cannot happen overnight as USR would like. That is impossible,” Citu added, Agerpres informs.