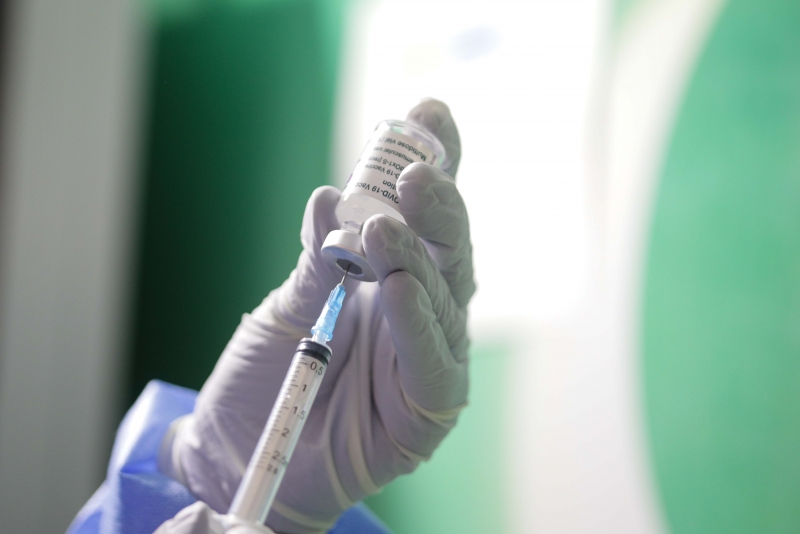 Rector of the Carol Davila University of Medicine and Pharmacy Viorel Jinga said on Friday that in about two and a half hours since the start of the COVID-19 mass vaccination marathon in Bucharest, about 1,500 people were immunised, 1,200 at Sala Palatului and 300 at the National Library.

„After the gong stroke three times at 16:00hrs, it was an exciting moment for everyone, because the gong didn’t sound in a long time to start a show; it didn’t start a show, even though people were queuing out like for a good show: the vaccination marathon started in Bucharest. Preliminary data indicate (…) the doses were quickly counted – 1,200 doses at Sala Palatului and 300 at the National Library,” said Jinga.

He added that at the National Library venue, where there are only 10 vaccination offices, people were waiting in a very long queue, so the director of the Bucharest mass transit corporation approved a special transport line, agerpres.ro confirms.

„I have said several times today that I am inviting people to Sala Palatului (…) It is good for them to come up at Sala Palatului, where there are 40 offices and it is much faster and easier to vaccinate and there is not much queuing up. (…) We hope that it will be a successful action throughout,” Jinga said the at the Sala Palatului vaccination marathon site.

He added that the marathon is supported by the College of Bucharest Physicians, of the Order of Bucharest Nurses, the General City Hall, through the Bucharest Administration of Hospitals and Medical Services, and the Public Health Directorate.

The vaccination marathon in Bucharest takes place between May 7 and 10.